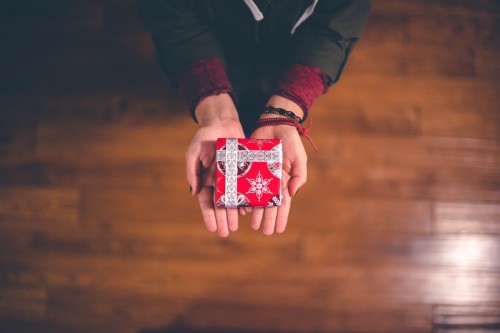 An Introduction to the Qualified Charitable Distribution

For years, the rules surrounding the ability to utilize a tax-free Qualified Charitable Distribution (QCD) directly from your IRA to a non-profit were on-again, off-again. The rules would lapse frequently, then be reinstated by Congress – but only for two years at a time. Finally, with the passage of the Protecting Americans from Tax Hikes (PATH) Act of 2015, the rules allowing for the QCD were made permanent in tax law.

Consequentially, it is now much easier to take proactive steps in your charitable giving strategy so that you can minimize the tax implications of your IRA’s Required Minimum Distribution (RMD). However, you must follow very strict requirements if you want to receive the tax benefits associated with gifting a QCD to a registered charitable organization. These requirements include age limitations, maximum dollar amount limitations, and regulations on the particular types of charities that are eligible.

Perhaps the most well-known and stringent requirement, though, is that an IRA distribution cannot qualify as a QCD unless the check is made payable directly to the charitable organization. This means you’ll need to plan ahead if you want to pursue a QCD – once your RMD has been distributed to you, it’s too late to use it as a QCD.

A Detailed Look at QCD Requirements

The legal requirements for making a Qualified Charitable Distribution (QCD) from your IRA to a charitable organization were created in 2006 under the Pension Protection Act. The core requirements are as follows:

When it comes to the QCD process, doing good is good for your finances. This is because a QCD is a distribution that comes out of your IRA without the typical tax consequences; that is, it is excluded from your income altogether for tax purposes. Since, by this definition, the QCD is already completely pre-tax, there is no charitable deduction for making a QCD contribution to a charitable organization.

A QCD is also beneficial if you have a Required Minimum Distribution (RMD) from your IRA. A QCD satisfies the RMD even though it is not taxable, as an RMD would typically be.

If you want to receive favorable treatment for your QCD in the current tax year, the charity recipient should cash the check by December 31. Since the distribution process can take several weeks, this means starting the QCD process by early December. Most often, the IRA custodian will mail the check to the IRA owner – though it will be made payable to the charitable organization – meaning the IRA owner must wait to receive the check, then also forward it on to the charity. A process exists to get the IRA custodian to send the check directly to the charity, but it requires something called a Medallion Signature Guarantee, which is a process similar to notarization but more stringent and time-consuming. TriCapital has the capability to affect a Medallion Signature Guarantee but many advisors do not so make sure you know your advisor’s capabilities before embarking on a QCD.

Some gray area exists in the law as to what constitutes a “completed” donation to a charity. It is sometimes defined as when the charity receives the check, and sometimes even as the mail date. However, to ensure your QCD shows as a completed distribution by the end of the calendar year, time it so the charity can deposit the check before December 31. This is the best way to make certain you receive all proper credit in the tax year of the distribution.

Distributions from Roth IRAs are, generally, already tax-free. This is true whether the distribution is a tax-free qualified distribution of growth or a return of principal. As such, a QCD is generally a moot point in the context of a Roth distribution.

Note: While a QCD provides considerable tax benefits for many people, scenarios exist in which it is more beneficial to take the RMD and then off-set that income by donating appreciated securities to a charity instead. This option allows for a charitable tax deduction and also avoids any applicable capital gains taxes.

How to Complete a QCD in Four Steps

If you’d like to make a QCD to your favorite charity, there are four checkboxes to tick:

The QCD process is fairly simple, but it is key that all four of the above requirements are met – most especially that the check is made payable directly to the charity. If the distribution goes to the IRA owner first, it will be too late to use it as a QCD and it will be a taxable distribution instead.

Now that the QCD rules are permanent, you have the opportunity to make a QCD every tax year. When a QCD is properly completed, this process allows you to provide tremendous financial benefit to a charity that is meaningful to you, while also decreasing your taxable income.