Understanding the SECURE Act and How it Could Affect Your Retirement 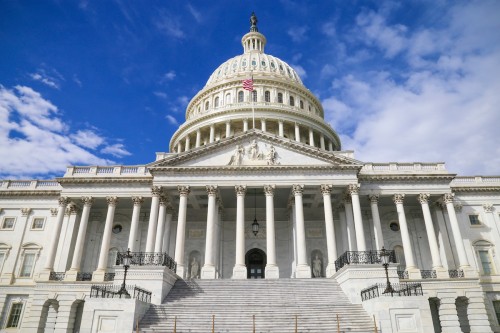 In May 2019, the U.S. House of Representatives passed the Setting Every Community Up for Retirement Enhancement Act, commonly called the SECURE Act. Designed to help tackle our country’s growing retirement savings crisis, the far-reaching legislation spent months tied up in the Senate. On December 19, 2019, it passed the Senate with a 71 to 23 majority.

Let’s take a look at a few standout provisions of the legislation and discuss what they could mean for you.

Since the SECURE Act includes no less than 29 provisions designed to increase access to tax-advantaged retirement accounts and to lessen the chance of Americans outliving their assets, let’s begin there. In its current form, this bill would:

In sum, these changes would allow for more flexibility for businesses in creating tax-advantaged accounts and in enrolling workers. For individuals, allowing the use of 529 accounts for loan student loan repayment and increasing the age at which American’s are required to take an RMD provides more flexibility in the use of assets, with the hope that those assets will stretch further in the long run.

When it comes to traditional IRA or 401(k) plans, you must be 59 ½ years of age to make a withdrawal. If you take out money at an earlier age, you’re subject to a penalty of 10 percent. However, a number of special circumstances are included in current tax law that allow for penalty-free withdrawals, including first home purchase, large medical bills or disability.

Under the SECURE Act, there is an additional special circumstance created for new parents. Funds could be withdrawn penalty-free for any qualified birth or adoption. Though the distribution limit would be $5,000 per qualifying event, this would provide a positive option for those with high-deductible health plans who may be surprised by the high expenses associated with childbirth.

If you have an IRA or defined contribution plan you wish to pass to your heirs, you’ll want to be aware of an important change proposed under the SECURE Act. Under current law, the beneficiary of an inherited account can draw down the fund over their life expectancy. The SECURE Act changes the rule so that, rather than a lifetime to withdraw funds, a beneficiary of an inherited plan has ten years to distribute 100 percent of the assets.

This creates tax implications for anyone with an inherited account. If you’re working during the ten years you are required to withdraw the funds, you’re likely to pay considerably higher taxes on the distributions that if you were able to stretch distributions over a longer time period or into retirement.

President Trump signed the bill into law on December 20, 2019.

For more information on what the SECURE Act could mean for you, check out this in-depth analysis from Forbes.