According to the Federal Reserve as of the first quarter of 2018, the total household personal worth in the United States now exceeds One Trillion Dollars. 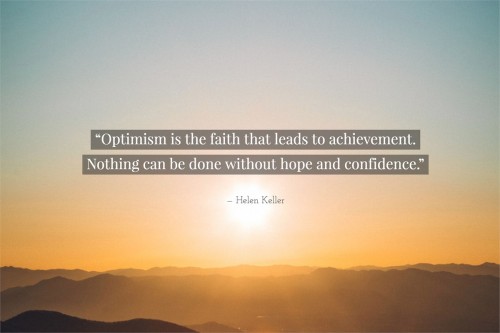 That is a lot of zeroes, but what does that actually mean?  To understand that level of wealth, consider that only 15 countries in the world have reached a GDP of at least Two Trillion dollars: Brazil, China, India, Germany, France, Indonesia, Italy, Japan, South Korea, Mexico, Russia, Turkey, the United Kingdom, the United States, and the European Union.

That one trillion is the amount of personal wealth, not total GDP illustrates just how wealthy the United States actually is and how well, at a macro level, the people of this country are doing compared to the rest of the world. It may sometimes be hard to believe how far we have come since the 2008 financial crisis and the recession that followed it. There were predictions that it would take another decade at least to recover fully from the mortgage crisis and all that came with it. This is not to say that there aren’t plenty of everyday Americans still burdened with the effects of the recession, stagnant wages, underemployment, and shifting from the manufacturing to a service economy. But it is important to take note of how far we have come from the brink in just ten short years.

The Great Recession of 2007-09 saw massive foreclosures, precipitous drops in the stock market, and huge financial losses for the American people. But, unlike the Great Depression which took decades to recover from, the US has had a rapid turnaround and substantial growth in the last few years. While there are still many who have not recovered from the crippling effects of the Great Recession, there are positive signs of growth and prosperity everywhere you look.

The boost in the economy comes in part from rising stock and home values. Tax cuts and federal spending have also aided in lifting the economy. The housing bubble popped and the stock market plummeted during the 2008 recession. At its worst, the unemployment rate was close to 10%. Mercifully, the labor market has been steadily improving since the 2007-09 financial crisis and the jobless rate continues to fall.[i] All the upward improvements have made investors and consumers more optimistic.

At the peak of the financial decline, the US suffered the greatest decline in home prices and the largest amount of foreclosures since WWII. Household net worth plummeted 25% and there was a 57% drop in the S&P 500 which rivaled that of the Great Depression. Home prices lost a third of their value and over the course of the recession, over six million homes were foreclosed upon.[ii]

Ten years later, the US has rebounded and payroll reports, unemployment and upticks in manufacturing and construction show positive momentum. In contrast to the Great Depression, it only took 6 years for the stock market to recover. Economic growth has been forecasted to carry over into the next few quarters.[iii]Corporate profits and house values are now at record highs. We’ve seen an increase in home values across all fifty states. Net worth is up 50% from its pre-recession peak. In fact, households in the top 10% saw a 26.6% increase in median wealth.[iv]

While it may take a little longer for the benefits of the recovery to be felt all the way down Main Street, USA, the type of growth, development, and real estate value increases we are seeing suggest that relief is coming sooner than later. The most decisive evidence of the economic expansion helping the average American is that the median household income rose by 7.3 percent between 2014 and 2017 based on census data. The median household income is right around $58,000 and, according to the data, incomes rose for a wide demographic of families including Hispanic, black, white, and households headed by both young people, middle-aged adults, and older Americans. The uptick in income was felt across the board and in a pretty significant way.[v]

The economy is filled with ups and downs, some of which can be forecasted while others cannot. The Great Recession decimated a lot of savings, homes, and businesses. But, like The Great Depression before it, the US was able to not only crawl out but to recover and eventually surpass the losses. The US economy is a lot like its people, adaptable and resilient. It’s easy to see the financial reports and feel the losses of the last ten years, but like a glass half full, we are recovering and restoring every day.