Is a Government Shutdown Something that Investors Should Worry About?

As Christmas approaches and the Congressional session comes to a close for the year, it seems only natural that of course there must be some kind of drama on Capitol Hill in order for 2018 to go out with a bang. 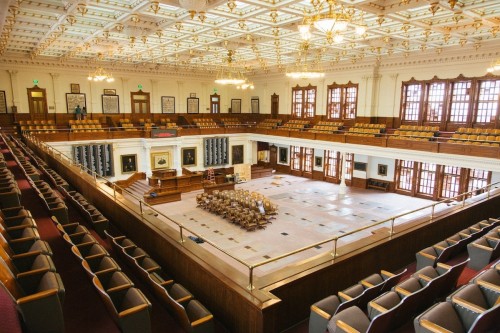 This holiday season Washington, DC has many to choose from. But the one that has gotten the most screen time in the past 48 hours is the threat of a government shutdown.

As unusual televised “negotiations” between Congressional Democrats Nancy Pelosi and Chuck Schumer and President Trump transpired on live television the markets responded negatively as the conversation quickly deteriorated, culminating with the President telling the democratic leaders that he would be “proud” of forcing a government shutdown if he didn’t get what he wanted. He was speaking to funding for a border wall expansion along the US southern border.

But is that response really warranted? Over the course of the past 40 years there have been 20 government shutdowns. According to an analysis from LPL Financial Research, the median performance of the S&P during those shutdowns is 0% and the average performance during those periods was 0.4%. And between 1995 and the present the stock market has reacted rather well to the shutdowns—actually seeing gains in some cases of more than 1%. 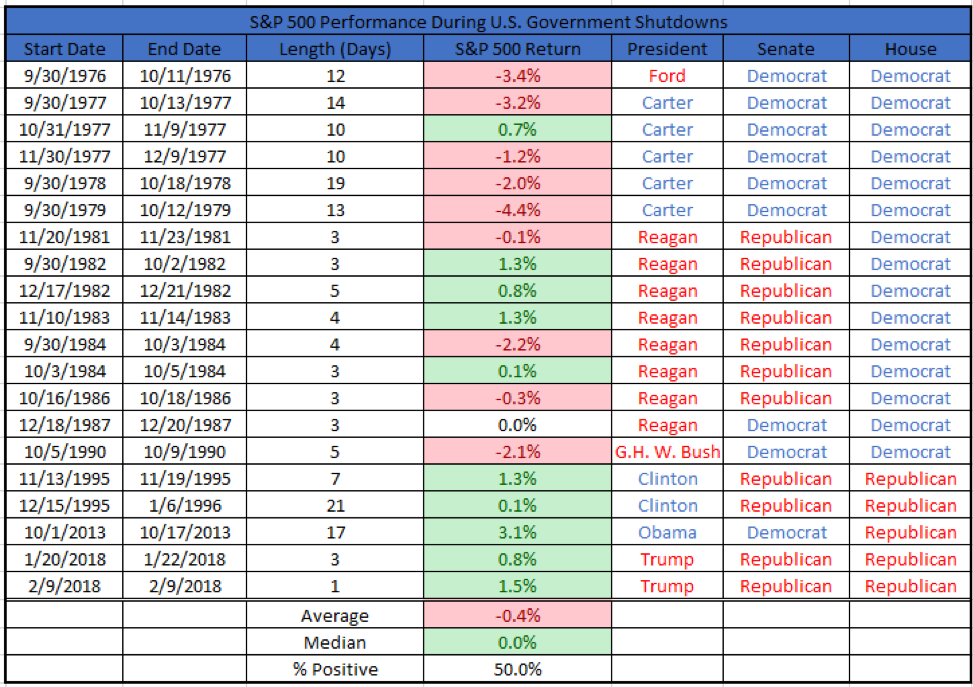 This is not to say that government shutdowns are good for the stock market, the economy or the people who are directly affected by it immediately, like government workers. But investors should look at these numbers and recognize that, based on history, there is little if anything to worry about. Like so many other stories it is just noise when it comes to investing and a knee-jerk reaction is never the way to go.

One of our roles is to keep you informed about important developments relative to your portfolio and this is one of those cases.  As always, we welcome your call if you have questions or would like to discuss this further.