Guidance for Overcoming the Urge to Think Short-Term 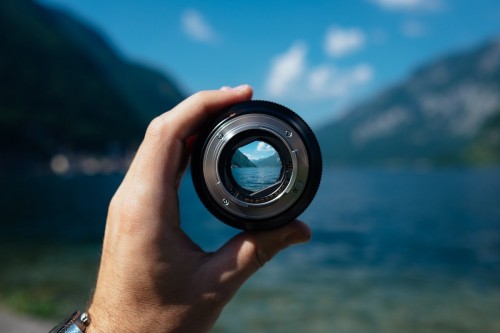 One of the greatest pitfalls that investors need to be aware of is something called “recency bias.” This term refers to when current events or trends influence the decisions we make with our investments. Recency can be hard to avoid because it can affect us both intellectually as we review numbers, and also emotionally, which can create impulsive decisions. For instance, recency can lead to jumping on the bandwagon with recently well-performing stocks or assets, causing us to end up buying high and selling low. It can also cause us to get rid of what feels like a loss, only to have it turn around and perform well.

The Difficulty in Thinking ‘Long-Term’

As humans, it is incredibly hard for us to think in the long-term, especially when it comes to our money. To clarify, when we are thinking about the long-term, it doesn’t mean one year or even five years. If we look at some of the most popular indices, like the S&P or the Dow Jones Industrial Average, we see larger patterns closer to 15 or 20 years. Investing is a long game, and if you are willing to wait and invest wisely, your patience will pay off. Of course, you have to overcome your very human urge to think more short-term in order to accomplish this.

SEE ALSO: There’s More to Financial Planning Than Just Having an Investment Strategy

The Common Mistake with Reinsurance

In the same way that you need to be thinking of the long-term benefits of using an investment index, you need to have the same mindset regarding reinsurance. In simple terms, reinsurance assets are a way to invest in insurance for insurance companies. Insurance is an established asset, in that some form of it has stretched through time as far back as 3000 BCE and the Babylonians. Insurance has certainly evolved over time, but two things that were true back then and right now is that it protects the insured and creates an income source for the provider.

One of the biggest mistakes regarding reinsurance isn’t getting rid of your reinsurance fund after a bad year but, rather, not taking into account the rising premiums to match the increased risk. An example of this is the three years of hurricanes the United States faced from 2017­–2019. One source reports an increase in premiums in the ballpark of 20-40% and as high as 50% in some cases. These long periods are costly, but the years following the insurance premium hikes can be some of the most profitable years the reinsurance funds will experience.

This, of course, does not mean this type of asset is not a risk and that you will always be able to make a profit over time. There are specific markers you need to look for when deciding on what funds you will invest in. These factors include:

When looking at the asset class of reinsurance, it’s usually wise to pursue those funds that have 15­–20 years of profit or more, and an average return rate that is greater than 6 percent. When finding these funds, you will still see periods of loss – possibly even several years’ worth. For example: Looking back to the hurricanes of 2004 and 2005, we see large losses due to hurricanes. Large disasters like Hurricane Katrina stretched insurance to its limits. To some, it seemed that hurricanes were no longer an event that could be affordably insured. We have seen similar claims made in the past that have since proven to be false. The idea that hurricanes were uninsurable in 2006 was followed by years of relative calm and five of the most profitable years for reinsurers in quite some time.

It may be easier to look at this in the same way that you would look at investing in the market as a whole if it were possible. For instance, examine an index like the S&P 500. For a span of twenty-five years, the index never had an occurrence of two consecutive negative years. Then, starting in 2000, there were three years of a downturn. This downturn in the market was directly related to current events and subject to investor fears based on their recency bias.

No matter what area of the insurance market is being considered, such as auto, life, earthquake, fire, etc., the insurance products react to the needs of the market and, in turn, adjust their rates. We have recently seen increases in loss-impacted reinsurance areas like Florida for hurricanes, Japan for typhoons, and a substantial increase for wildfires. All of the losses we’ve seen recently in the U.S. and globally, including the COVID-19 pandemic, have increased premiums significantly. Other factors like global warming will continue to increase the severity of weather events but, as those costs increase, so will the premiums.

Recency bias is human nature, making it a difficult thing to overcome. However, doing so is often the key to earning on the risk assets in reinsurance. Looking beyond recent events is difficult because it affects both your short-term funds and your emotions. The fight-or-flight reaction is the strongest of human responses and seeing short-term losses can activate that most primal of needs to run – or, in this case, sell. By selling too early, though, you are falling into the trap of buying high and selling low.

As we’ve discussed, the reinsurance asset class has the necessity of dropping for the premiums to rise. The rates are adjusted annually, so it can end up being a long haul for the upswing, but it does eventually arrive if you’ve picked the right fund. Sticking with the asset after the losses is easier when you have a financial advisor giving you support, and you are confident in having selected the right reinsurance fund. It may not be easy, but it will pay off in the end if you intentionally keep a long-term mindset and focus on the future.